Pat Testing Electrical Inspection & Testing is an important service that should be executed in all commercial buildings and rented residential properties by landlords. This ensures all appliances are safe to use and it makes common sense to make sure your property is met by the highest standards.

Electrical Equipment (Safety) Regulations 1994
It is not a legal requirement, but there is an act ‘The Landlords and Tenants Act 1985’ which requires that all electrical installation within a rented property is safe when a tenancy begins and is maintained to a safe standard.

What action is required?
The act recommends that all the appliances supplied in a property after 1st January 1997 must be marked with the appropriate CE symbol.

Safety – all electrical appliances must be safe. This applies to items of both alternate and direct current which means the Landlord will have to ensure that such appliances as kettles, toasters, irons, and television sets are safe as well as fixed appliances such as electric cookers and immersion heaters. Safety includes the lead of the appliance, as example washing machines and cookers must be hardwired by a qualified electrician.

Instruction books – manufacturer’s instruction manuals should be provided for each appliance supplied at the premises. The instructions can either be shown on the appliance, or an instruction book can be supplied. This will help to ensure the safety of the tenant.

Although with tenanted property there is currently no legal requirement for an electrical safety certificate (except in the case of all HMOs) it is now widely accepted in the letting industry that the only safe way to ensure safety and to avoid the risk of being accused of neglecting your ‘duty of care, is to arrange such an inspection and certificate.

The Government has confirmed that an extension to mandatory licensing will come into force from 1st October 2018. Under these new rules, what an HMO (House in Multiple Occupancy) is defined as under the Housing Act 2004 will change; meaning that some electrical obligations for landlords will change.

House with Multiple Occupants such as a block of flats or a terraced house converted into flats.

All properties built since June 1992 must have been fitted with mains-powered smoke detector alarms from new. Although there is no legislation requiring smoke alarms to be fitted in other ordinary tenanted properties (except HMOs), it is generally considered that the common law ‘duty of care means that Landlords and their Agents could be liable should a fire cause injury or damage in a tenanted property where smoke alarms are not fitted. We therefore strongly recommend that the Landlord fit at least one alarm on each floor (in the hall and landing areas).

The same duty is shown in numerous laws passed over the last 30 years. None of these state that PAT Testing is a strict legal requirement – but it is the most sensible option when you consider: The Health & Safety Executive recommends PAT Testing as the most reliable way to fulfill your duty of care

It is recommended to do a Pat Test by a qualified electrician as tests carried out by your own staff can be queried in the event of an accident. Without a certificate, your case might be difficult to prove and your insurance can become null and void. Many insurance companies require a PAT certificate before providing cover for commercial premises or building insurance for landlords.

Employers have a duty of care

It is the duty of an employer who should make suitable and sufficient assessments of the risks to the health and safety of the workplace and his/her employees as well as members of the public that may enter his/her premises. Public liability insurance can be made void if it is found that you did not take care or attention if a fire broke out or if someone was injured due to noncompliance with safety checks.

A qualified electrician can discover faults and effectively check an electrical appliance & find out if it’s safe or not. If your electrical devices in the business premises aren’t safe, you’re violating legal regulations, and the appliances and devices may become condemned, which if the continuation of use may cause legal implications to you and your business.

By inspecting the quality & condition of your electrical devices on a regular basis in the place of work and also in HMO rented accommodation, you can assure that they function more sustainably & get the repairs or replacement done effectively. It is a well-known fact that defective electrical appliances can increase your electricity bills. Defective appliances need a lot more power to function.

Decrease the risk of electrical fires:

The danger of defective devices and appliances can cause fatalities and by doing a Pat test regularly you not only decrease the situation where people may get wounded, maimed, or killed in the business premises or in an HMO rented accommodation, but it also decreases the jeopardy of electricity damaging your commercial property.

It is reported that 5,300 fires are caused every year because of defective electrical devices (remember Grenfell tower block in London). You can read stories in the news regarding destructive home fires being prompted by defective appliances. Companies selling cheap gadgets are also at fault when they produce low-quality dangerous merchandise imported from China and then sold on the UK open market. Inferior products can be a fire hazard and one should not comprise the life of oneself or others.

Any electrical appliance or device that is faulty has the potential of causing an electrical fire. This encompasses microwaves, fridges, chargers, kettles, toasters, heaters, etc. We can’t emphasize enough how important it is that you have your appliance inventory inspected properly by a qualified electrician on a regular basis. 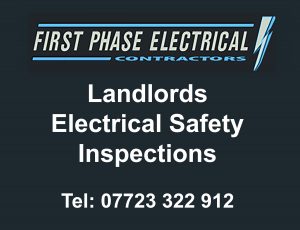 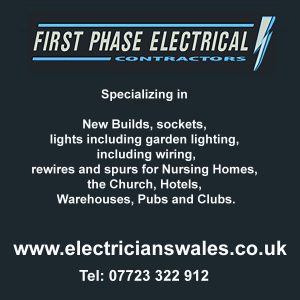 Theme by Anders Noren — Up ↑

You can find out more about which cookies we are using or switch them off in settings.

This website uses cookies so that we can provide you with the best user experience possible. Cookie information is stored in your browser and performs functions such as recognising you when you return to our website and helping our team to understand which sections of the website you find most interesting and useful. This site uses affiliate links including Amazon Associate Links. This Disclaimer states as an Amazon Associate I earn from qualifying purchases".

Strictly Necessary Cookie should be enabled at all times so that we can save your preferences for cookie settings.

If you disable this cookie, we will not be able to save your preferences. This means that every time you visit this website you will need to enable or disable cookies again.